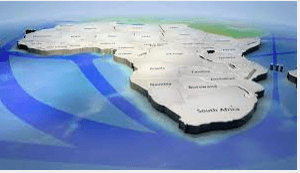 Agnes Gitau, the EAA’s Executive Director UK & Europe, writes about the difficult year ahead for Africa, but says beyond the headlines of bad politics, Africans will continue with business-as-usual innovating and designing products that respond to the challenges.

2023 is likely to bring several challenges for the African region, but beyond the headlines of bad politics, Africans will continue with business-as-usual innovating, designing products that respond to our challenges whilst attempting to make ends meet.

What is the way out of the continent’s shackles of Debt?

Unless there is genuine co-operation between Africa’s lenders, transparency from African Governments and prudence in managing public resources, Africa’s debt will be unmanageable. The region’s debt is estimated to be around $636 billion this is more than the combined GDP of over 40 Africa countries, whilst this is only 11% of the global debt, servicing debt comes at a price, with most prioritising debt repayment over public service.

While Governments must borrow to finance development; they must do this responsibly. Exploring alternative sources of capital, including engaging sharia compliant Islamic Finance, the new wave of impact investors as well as climate finance, working with stakeholders to reduce corruption and encourage domestic capital investment in the continent, particularly from local pension funds which manage over $350 billion in assets. African countries should also leverage the Diaspora remittances which remained consistent, supporting families, and providing the much-needed currency reserves for governments, Diaspora remittance to the continent last year at $53 billion was way over development aid, but Governments must do more to channel remittance beyond domestic use to sustainable investments.

From the East, West, South and North, Africa is a country

Countries in the Eastern Africa region experienced high inflation pressures due to several disruptions caused by a range of internal and external shocks: adverse weather conditions, high borrowing costs, conflicts and tensions, currency volatility and disruptions in the supply chains. There is a strong likelihood that some of these factors will continue to affect growth prospects in 2023.

All eyes will be on Ethiopia, and the implementation of the peace agreement between the Federal Government and the Tigray People Liberation Front (TPLF). Rebuilding the Infrastructure of the Tigray region will be an expensive undertaking for everyone.

Private geopolitical interests are in essence the benefactors of the tensions at DRC border regions in the east. While people are displaced en masse, artisanal mining and shady/illegal resource extractions continue apace with what amounts to slave labour. If this is not managed, escalation of the conflicts would affect millions of people and disrupt business in the region.

Regional hopefuls include Tanzania which has attracted investor confidence under the leadership of H.E Samia Suluhu. Opportunities in the country’s infrastructure sector, the natural gas projects have received a nod from Investors.  The recent announcement lifting a ban on political party rallies is a good step to reaffirms the country’s political stability.

Mozambique’s star shines, with the recent exports of LNG which will plug in the energy demand gap in Europe.

Kenya faces an uphill task ahead, with early warning over public debt which is at 64.2 % of the GDP. The new administration has rolled out an economic plan which aims to address some of Kenya’s challenges. The plan promises to increase revenue collection, improve agriculture production by supporting farmers, encourage entrepreneurship by supporting the youth and SMEs access affordable financing through an enterprise fund ‘Hustlers’ Fund.

For South Africa, the 2024 national elections in the country and the lead up through 2023 will be a critical area to watch for investors. It is looking increasingly likely that the ANC will drop below the 50% mark in the election, ushering in a new era of coalition politics.

The focus for most Nigerians will be on the forth coming General election February 2023.The battle to lead Nigeria is down to a three man’s race led by Mr Bola Tinubu – All Progressives Congress (APC) Atiku Abubakar People’s Democratic Party (PDP) and Labour Party’s Peter Obi.

Nigerians will go to these polls grappling with the same problems they have had for decades. President Buhari came to power with a vision to transform the economy, investing in the infrastructure, diversify the economy and protect the lives of Nigerians from Boko Haram, a decade on, and the same challenges still here.

According to Prof. David Luke, (LSE) the greatest promise of the AfCFTA is that the nature of the trade is composed of value-added goods, if the implementation process that commenced in 2021 bear results, the agreement will contribute to Africa’ industrialisation, and reduce dependence on raw commodities exports to higher value-added products. 65% of Africa’s exports to other continents are extractives, while less than 35% of intra-African exports are extractives.

Agnes Gitau is the Executive Director for the UK & EU, Eastern Africa Association, an industry body that supports Trade and Investments flows into the Eastern Africa Region.