Professor XN Iraki builds on the theme of the growing debt burden and the impact it is having on Kenya and other nations in the region.

DEBT AND BOTTOM-UP ECONOMICS: THE REMAKING OF THE KENYAN ECONOMY

This article was kindly written by Professor XN Iraki for the Association following his presentation at our members’ meeting in September 2021. The Association is grateful to the Professor for his contribution. 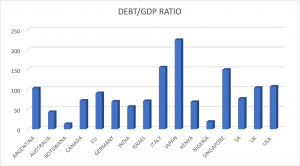 Two issues have preoccupied the Kenyan national psyche beyond Covid-19. One is debt and two is the curiously named bottom-up economics. The two have excited the public with politicians and idlers equally transfixed on them.

A discussion on the two topics is usually emotionally laden leading to misinterpretation and at times harmless entertainment. Let’s try and clear the fog and look at the two issues with the objectivity of a Supreme Court Judge.
We start with debt because it has been there much longer. It’s paradoxical that we put so much airtime on debt when in reality most of us have a debt we have not paid, hoping it will become a bad debt. This could be the reason debt is on everyone’s lips, we are all debtors! The hoi polloi are surprised the Government with all the tax revenue can behave like them!

To the sophisticated, debt is a way of life, an important cog in finance, trade and investment. Debt is like zero in mathematics, if you remove it mathematics will collapse. If you remove debt in finance the same will happen. Think of removing terms like leveraging, arbitrage, intermediation, loans, derivatives, LIBOR, Treasury Bills or bonds among others from our lexicon.

Kenya is showing symptoms of a developed country where debt often gets into headlines. Conventional wisdom seems to suggest debt gains prominence both at national and individual levels as a country develops.

Debt, if well managed, can accelerate national transformation; we can enjoy a high standard of living today, rather than tomorrow or after death. Why not build roads, highways, ports and other enabling infrastructure today? We must add our debt has been disproportionately “hard”. I am yet to see a mega project targeting education, research or health.

That is not so surprising, national debt is political, and the choice of projects should make political sense. We can see a highway or port and attribute it to a certain political leader but you can’t gather all educated men and healthy men for display.

Chart 2: Growth in national debt is a major concern

The growth in debt in the last 10 years has also brought it to the mainstream. Let’s add that over reliance on debt by the Government is often deliberate. The alternative, higher taxes, have a political backlash. Think of anger over high fuel prices arising from the high taxes on fuel.

A better alternative is to reduce waste either from outright corruption or misuse of public resources. I am always amazed by the engine capacity of Government cars. Is there an alternative display of power beyond big cars? Governments at both national and county levels over-employ, but try reducing the workforce.

Being debtors, we appreciate the importance of debt. It has helped us take children to school or hospital, and in whispers, debt kept many families going during the Covid-19 pandemic after loss of jobs and other means of livelihood. That is how online lending platforms thrived. Unlike developed countries, where families got Government cheques or other reliefs, citizens in most developing countries were on their own.

All that citizens are asking for is evidence that debt has been put to good use. May be the Government does not do a good job in demonstrating the prudent use of debt. Or better, how debt can improve the productive and economic potential of the country. One Kenyan asked me how roads benefit him without a car and rising bus fare.

Some have suggested our religiosity casts debt in bad light: they even quote specific verses in holy books.

Table 1: Debt/GDP in Eastern Africa. Kenya is not that badly off. Data source- Statistica

Debt is an issue in the Eastern African region as the table shows. Its treated differently because of history and social-cultural circumstances.

What is not debatable is that debt will gain more prominence as any economy modernises. Why not leverage on debt to become a modern country? I am very impressed by teachers in the countryside. They have used debt to modernise their homes and transform the countryside.

We just need a balance between debt and tax revenues, prudent management and focus on sectors that make economic not political sense. After all, it does not matter how we finance our economic growth, whether through debt or tax. We could argue that tax is the evidence of our equity in the Government.

Think loudly, should we take a mortgage to live in a house now or save for 30 years to buy a house while living in a slum? The country and counties have to face the same dilemma. Let’s also remember that national debt is much loved because leaders can transfer responsibility to the next regime or even generation. Too much debt might as well indicate some national irresponsibility. 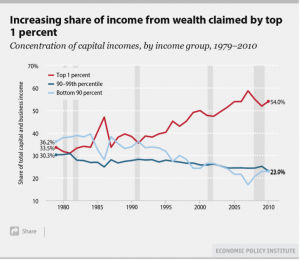 Chart 3: Inequality, common in developed countries is a major driver of bottom-up economics in Kenya

We almost got carried away, what of bottom-up economics? We can’t do justice to bottom-up economics without first looking at its antithesis, the trickle-down economics. On the latter, it’s assumed that the rich and affluent who run the big firms share their benefits with ordinary people through job creation. If there is competition and good regulation, they give them lower prices and higher quality goods. We give such firms incentives like tax cuts to ensure they grow. The growth then trickles down to the hoi polloi.

In the last 60 years, trickle-down economics has not worked in Kenya as indicated by increased inequality and poverty. It would be interesting to find out what percentage of Kenyans shift from a lower socio-economic class to a higher one in every generation.

Anger over debt is partly driven by the feeling that benefits trickle up when debt funded projects are implemented. Headlines on corruption make Kenyans think debt money is stolen. They also feel that nothing trickles or the taps are shunted.

In trickle-down economics, market failures are taken care of by regulation and we must add welfare. The men and women at the bottom of the pyramid are taken care of through unemployment cheques, subsidised housing or food stamps. They feel the trickle! I have noted that in developed countries there is a realisation that disadvantaged people will always be with us. In Kenya, we behave as if they should never be there.

But let’s give credit, in Kenya the elderly has felt the trickle through a monthly stipend. The rest have to fend for themselves in a largely informal sector, employing over 80 percent of the population. Given a choice most Kenyans would prefer formal employment, its certainty and pension that go with it. Bottom-up economics seems to imply that is a possibility. Yet even in developed countries informality and small business are the norm. We read too many textbooks.

The proponents of bottom-up economics are riding on the failure of trickle-down economics, not just in Kenya, but globally. Their success is buoyed by the high percentage of the poor or hustlers as they are called. The perception that wealth and leadership in Kenya remains with a few families, the dynasties, makes bottom-up economics very attractive.
The essence of bottom-up economics is that to grow the economy, we focus not on the big firms and the incentives we give them, but on those at the bottom of the pyramid, the hustlers and their small businesses or hustles. They should be given soft or guaranteed loans, better regulation, less harassment from authorities, access to markets, remove the middle men and with time their small business will grow into big corporations. It’s unfortunate that the term hustler is used negatively. The truth is that most hustlers are very proud of their status, being self-reliant. All they want is someone to uplift, they do not want handouts.

If it works, bottom-up economics is a great idea. Opponents twist the model to say the poor want to get money without working. They also ask where the funding will come from. The rich and affluent fear higher taxes or even appropriation could follow. They see communism in disguise. The hustlers, read poor, are excited by this model. They see it religiously, the coming of emancipation from economic drudgery. The rich and affluent see it as declaration of class war. Fear, more than reason is driving the discussion on bottom-up economics, so much that at one time the hustler-dynasty talk was to be criminalised.

Let’s be truthful, the dynasty has benefitted from trickle-down economics, the hustlers are to benefit from bottom-up economics. It’s clear why fearmongering on class war is prevalent.

Let’s also be blunt, we should not lose sleep over bottom-up economics. Its proponents are beneficiaries of trickledown economics. They are unlikely to change it much if they got power. Remember telling voters what they want to hear is one way to get their votes.

National debt and bottom-up economics are music to my ears. Economics has finally become an issue in Kenyan politics, another indicator the country is coming of age. The heated debate on national debt and the best economic model for the no longer young nation should be driven by optimism not fear.

We all have a stake in this nation, hustler or dynasty. Remember through the 2010 Constitution, we fixed the constitutional model. The economic models are still being tested. Let’s not rest till we get an economic model that will usher this country into its golden age – and in my lifetime. After all, economics and politics are not as deterministic as natural sciences.

XN Iraki is an Associate Professor at the University of Nairobi and a columnist with The Standard since 2006.